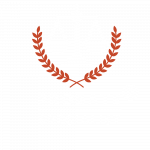 Menu
Menu
No products in the basket.
£0.00 Basket

Personal Representatives need to protect themselves from liability against any claims from creditors of the deceased’s estate.

We will place the required notices on your behalf.

Also in a newspaper circulating in the district in which the land is situated and such other like notices, including notices elsewhere than in England and Wales, as would, in any special case, have been directed by a court of competent jurisdiction in an action for administration.

With regard of their intention to make such conveyance or distribution as aforesaid, and requiring any person interested to send to the trustees or personal representatives within the time, not being less than two months, fixed in the notice or, where more than one notice is given, in the last of the notices, particulars of his claim in respect of the property or any part thereof to which the notice relates.

(a) prejudices the right of any person to follow the property, or any property representing the same, into the hands of any person, other than a purchaser, who may have received it; or
(b) frees the trustees or personal representatives from any obligation to make searches or obtain official certificates of search similar to those which an intending purchaser would be advised to make or obtain.
(3) This section applies notwithstanding anything to the contrary in the will or other instrument, if any, creating the trust.